Omaha is an exciting and engaging form of poker that rivals Hold’em in playability and potential profit. Though less strategically complex than its No-Limit Texas counterpart, Omaha poker has its own intricacies that create a uniquely challenging yet deceptively simple game for players of all levels.

Being Dealt Four Cards Instead of Two

The catch to all these extra possibilities is that when it’s time to show down the winning hand players can, and must, use only two of their hole cards. This rule can be difficult to remember for new players and Hold’em converts where the possibilities of using only one hole card or playing the board exist.

Once the flop is dealt, Omaha is essentially played like Hold’em, just with unique strategies because the game is played in different variants. While Hold’em is played in all varieties, Fixed-Limit, Pot-Limit, and No-Limit, Omaha is played strictly with Fixed and Pot-Limits.

Bluffing is less of a strategic play in Omaha than it would be in No-Limit Hold’em, and is often ill advised. A good rule of thumb when playing Omaha is that players who stay in till the showdown often have made their hand, and bluffing with a busted draw on the river is like throwing away chips. In poker, your chips are your weapons, don’t waste your ammunition.

Where Omaha truly sets itself apart from Hold’em is that it can be played as a High/Low split game with an 8 qualifier. What this means is that “made” hands such as pairs, sets, straights, flushes, and full houses are used to make the winning high hand while the five lowest cards below an 8 comprise the winning low hand.

The intriguing, and often frustrating part of the Omaha 8 variant is that two, or sometimes more, players often have to split the pot. This factors in considerably when determining pot odds and potential risk in each possible situation.

Now let us have a look at some important notes on Omaha.

The World Series of Poker did not introduce Omaha until 1983

How to play Omaha Poker

Although it isn’t as well known as it’s cousin Texas Hold ’em, Omaha poker is quickly gaining fans. There are a couple of reasons for this; one is that it’s easy to learn, and the other is because there are so many cards in the hand, you will likely find a playable hand almost every time.

Making a hand in Omaha

The difference between Omaha and Hold ‘Em is primarily in how you make a hand. You need to use 2 cards from your dealt cards and 3 cards from the community cards. The hands are still the same, as well as the value. Royal flush is still the top hand, there is just a greater chance of seeing it in Omaha.

Starting hands for Omaha are similar to Hold ‘Em with the exception of playing straights and flushes. Because you have more cards to use as your hole cards you have a greater chance of hitting your hand. The thing that you need to remember though is that other players may have better hands as well. For example if you have two aces in your hole cards and the flop comes up ace king king, you have a great full house, almost unbeatable. However in Omaha, it’s possible for someone to be holding two king’s.

When betting the same rules apply, as they do in Texas Hold ‘Em. It’s interesting to note that most professional online players prefer Omaha, because the pot’s are bigger and player’s can be more confident in their hand.

In Hi/Lo or as it is sometimes known 8 or better Hi/Lo you can also win the hand if you have a low hand that qualifies. All of the cards need to be lower than 8 and unpaired and the best possible low hand is Ace2345. High hand is still the same as regular poker.

It seems complex at first but Omaha is quickly becoming the poker game of the future, online and in the casino. Simply enjoy the game and make sure you don’t fold to pocket two’s. It is real fun to play and simultaneously important to gain knowledge as well as experience. Visit site for more details. 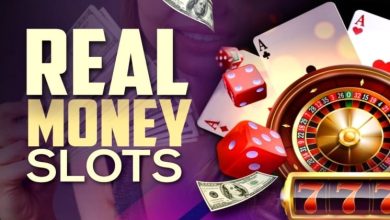 How to Find Online Casinos Fast Withdrawal in Finland? 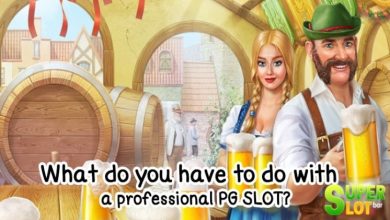 What do you have to do with a professional PG SLOT?

Betting on Andar Bahar – where to start? 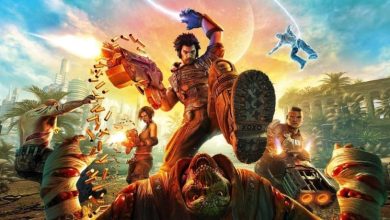 Free credit Give away free credit, give away for real. You can play slots games for free without depositing money