Whose salary is more, SSC GD or SSC MTS? 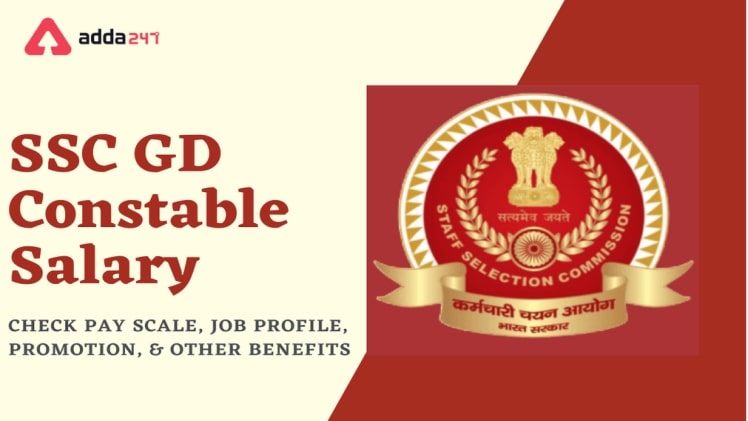 The SSC GD Constable exam is held by the Staff Selection Commission of India to recruit candidates for General Duty Constables (GD) in the BSF, CISF, ITBP, CRPF, and Rifleman in the AR. In this article, we will be comparing the salary structure of SSC GD with the SSC MTS salary which is common query for the aspirants.

SSC MTS, or Staff Selection Commission Multitasking Staff, is a non-technical exam administered by SSC. It is a national level exam to recruit candidates for non-gazetted, non-ministerial General Central Service Group-C positions in the Government of India ministries, divisions, and agencies. The salary offered by both SSC GD and SSC MTS are different which is often a question of confusion for the candidates. Candidates can check the latest updates on SSC GD salary and SSC MTS salary on Byju’s Exam Prep to clear their doubts.

The monthly initial stage payment for a General Duty Constable is Rs. 23,527, with a base pay range of Rs. 21,700 to Rs. 69,100. Selected candidates will also get a living allowance, a rent allowance, and a transportation allowance along with the SSC GD salary. Medical benefits, pension plans, annual paid leave, and other benefits are available to GD Constables.

The Staff Selection Commission offers a competitive salary, outstanding career progression chances, and job security to Multi-Tasking (Non-Technical) employees, making it an enticing job profile for 10th pass applicants looking for a stable job opportunity. According to the 7th Pay Commission, the remuneration for SSC MTS has been revised to Level 1 of the Pay Matrix, along with other allowances like as DA, HRA, TA, NPS, and others. The detailed SSC MTS Salary Structure is tabulated below.

The MTS employee may be promoted after completing the required time of service. The Multi-Tasking Staff receives a roughly 20% salary raise after a predetermined period of time, based on their performance and service duration. As seen below, the SSC MTS salary rises with each promotion.