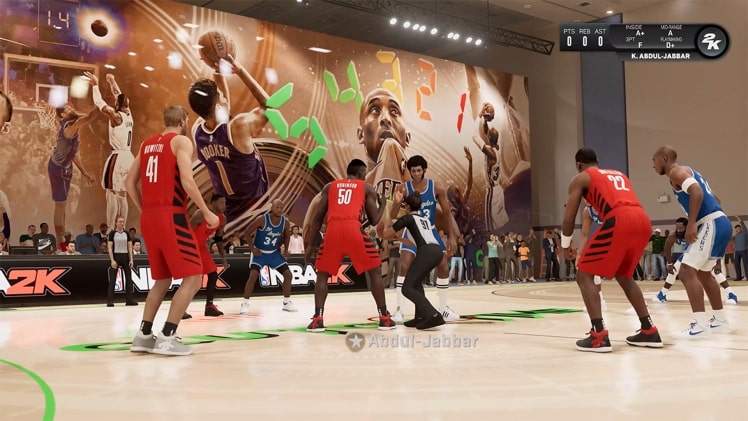 NBA 2K23 has an improved player builder system and a redesigned team takeover system. The animation purchases are now bound to the account.

Head to MTStacks for cheap NBA 2K MT coins prices and fast deliveries! NBA 2K23 is less than two weeks away. The new game arrives on September 9th with improved systems and features. Let’s take a look at the player builder and team takeover changes coming in this next iteration. Whenever you are low on NBA 2K23 coins, just place an order at MTStacks!

Creating a new MyPlayer character is the first thing players do when they start a new game. This tool has many options allowing users to create personalized avatars. The developers improved the Player Builder system. It is now more polished and balanced. The goal is to bring balance to all builds while keeping them fun. Players are in charge of many aspects when they create a character. In the last year’s game, players had a five versus five setting in which they would test builds. We still have this feature. A new three versus three setting comes as an addition. Next-generation users can test if their player is able to hang in the City’s streets. The system changes how animation purchases work. In NBA 2K23, these animations are bound to the account instead of being tied to a save file. When you buy an animation for a play shot build, you can also use it on a slasher build. Of course, you still need to meet the animation requirements in order to use it. Those playing on current-generation machines are no longer restricted by the pie chart build system. The next-generation player builder replaced it. Team takeovers have changed as well. MyPlayer can use takeover abilities. These are activated after the takeover meters build up. Primary and secondary takeovers did not change. The team takeover has received a makeover. In the previous games, one player would activate these takeovers for the whole squad. This happened after the primary, secondary, and team takeover meters were filled in this order. In NBA 2K23, team takeover becomes a co-op feature. The whole team has access to one meter. This meter fills based on the individual performance of each player and their ability to play as a team. So, it’s up to each player to contribute to the team’s takeover meter. Each player is responsible for filling one portion of the meter. The meter fills up after each player does their job. The meter then automatically triggers for the whole team. This design encourages teamwork.