Must visit epic historical and World Heritage sites in UK 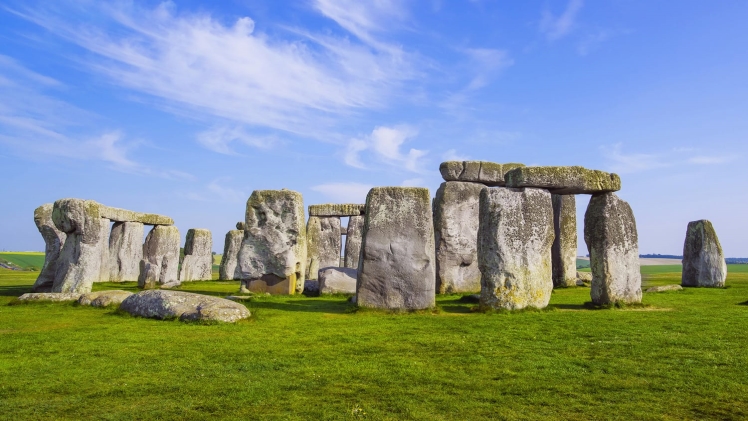 The United Kingdom holds a long and varied history for which curious historical souls flock to the number of intriguing historical sites that come along the history. While you may obtain a UK visa to visit the world-famous sites, the country offers much more. The United Kingdom is home to 33 UNESCO World Heritage Sites that boast some of the most epic historical places to visit in the UK.

From pre-historic sites to stunning pieces of architecture, Here are the top historical landmarks in the UK that must be on your bucket list.

Stonehenge, located in Wiltshire, is a world-famous prehistoric site that holds the most mysteries in the world. It was declared a UNESCO World Heritage Site in 1986. The history of Stonehenge stones dates back to the late Neolithic period in 2500 BC, while the first stone monument has stood there for more than 5000 years.

Although the purpose of Stonehenge remains a mystery, it is one of the most magnificent historical landmarks in the UK to visit.

A lesser-known sister site of Stonehenge, Avebury Henge, is just 20 miles away. It is the largest Neolithic stone circle in the world, where the village of Avebury itself is set within the circle of stones. You can find all the facilities, including houses, lie within and around the historic stones. Take a walk around the ancient British countryside while you immerse yourself in the fascinating history, and to learn and explore more, head to the onsite museum that answers all the wandering queries in your head.

One of England’s most famous monuments, the Tower of London, has been a UNESCO World Heritage site since 1988. It was initially known as the White Tower and was built by William the Conqueror in 1066 to symbolize power and wealth that stood with pride. The Tower of London is a highly recommended site to add to your historical tour. There are plenty of things to do and see in the Tower of London, from beefeaters to ravens, as you explore the tower that held prisoners for over 850 years.

The City of Bath, situated in southwest England, was founded in the 1st century AD by the Ancient Romans, who used the natural hot springs as a natural spa. The city boasts an incredible history of Roman life, including their remains and the bath complex seated in the heart of Roman Town, Aquae Sulis. You can head to the town’s museum to explore how the Romans lived and bathed, while you can also get the opportunity to use the thermae spa overlooking the gorgeous City of Bath.

Durham Cathedral and Castle have been a UNESCO World Heritage Site since 1986, one of the finest examples of Norman Romanesque architecture. You will be enchanted by the charms of the stunning masterpieces built in the 12th century, inspired by the traditional motte and bailey style. While the castle became a prominent seat for the Bishops of Durham, the cathedral still held the centre for religious activity in the area for over a thousand years.

Challenge yourself to climb more than 300 steps to enjoy a fascinating view of the town of Durham.

It was at the Derwent Valley Mills where some of the world’s first modern factories were born, dating back to the 17th and 18th centuries. The first secret designs that led to great achievements in the success of the factories were said to have been stolen from the Italians until Richard Arkwright, an engineering pioneer, constructed a water-power spinning mill at Cromford in 1771, which was later renowned as the Arkwright System in the world.

The United Kingdom offers so much in history to explore and learn, while these historical World Heritage sites will make your every visit exciting. So, ensure you visit these best historical sites on your trip to the UK.

Why Tourism in Dubai Has Become a Booming Industry

The Elements of a Memorable Fine Dining Restaurant