5 Young Guns to Watch Out For 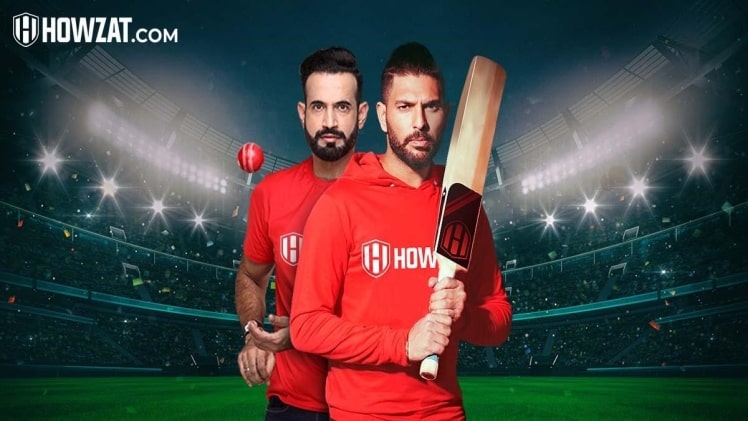 The Indian T20 League and the T20 World Cup may be over, but the upcoming cricket matches of India promise plenty of excitement for fantasy cricket players. India’s tour of South Africa in December and most of the home season remains to be played, culminating in the Indian T20 League final, which is likely to be played in May 2022. With interest in fantasy cricket booming and a clutch of new players on the horizon, these are exciting times for the sport. Just as the franchises decide on their retention and auction strategies for the 2022 season, here are 5 young players you should definitely keep an eye on as you create your fantasy teams to win big cash prizes.

Before he won the Orange Cap for being the leading run scorer in the Indian T20 League 2021, Gaikwad had played just six matches for the Chennai team. Unlike most young Indian stars, he had no great Under-19 pedigree either. In fantasy cricket terms, he was very much a wild-card pick when Chennai paid the ₹20-lakh base price in 2019. But paired with the experienced Faf du Plessis at the top of the order, Gaikwad quickly became a key cog for a team that had had its worst season in 2020. His 635 runs included a century and 4 fifties, as Chennai romped to their 4th title. On an individual level, his exploits earned him his first India cap. By Indian standards, he may be a late developer, but there’s plenty more to come from Gaikwad.

Avesh Khan was one of the first Under-19 cricketers to benefit from the wealth of experience that Rahul Dravid brought to the role of coaching the junior side. A bustling pace bowler with a clever change of pace, Avesh took time to find his feet in the Indian T20 League. Prior to 2021, he had played just nine matches in the league, with his 4 wickets from six games in 2018 being the highlight. But Delhi kept faith, and despite being part of a team boasting the talents of Kagiso Rabada and Anrich Nortje, Avesh wasn’t overshadowed at all. His 24 wickets were central to his team’s third-consecutive surge into the play-offs, and like fantasy cricket team owners, Delhi would do well to retain him for the next season.

It’s not often you see such excitement over a bowler whose record shows just 2 wickets in three Indian T20 League matches. But Malik is almost every fantasy cricket player’s favorite buy, being the unknown player who costs almost nothing and has the potential to give staggering returns. His raw pace – the fastest ball was clocked at 153 km/hr – had the commentators grasping for superlatives, and no less a figure than Virat Kohli was impressed. There is also the fact that his smooth run-up and leap bring back memories of Waqar Younis, Pakistan’s pace legend. For someone whose father sells fruit and vegetables and who turned up at his first trial at the age of 17 wearing jogging shoes instead of spikes, Malik’s emergence under the guidance of Irfan Pathan has been one of Indian cricket’s heartwarming stories of recent times. If he can steer clear of injuries – the genuinely quick bowler’s curse – there’s so much more to come from this young gun.

Another player from India’s young talent factory, Jaiswal was the top scorer in the Under-19 World Cup in 2020. India may have lost the final to Bangladesh, but Jaiswal topped the charts with 400 runs, catching the eye with both his range of shots and temperament. But senior cricket is a different story, and after some eye-catching performances for Mumbai in 50-overs cricket, it was only in the Indian T20 League in 2021 that he truly came into his own. Rajasthan were heavily reliant on Sanju Samson for runs, especially once Jos Buttler decided to skip the second half of the season. Jaiswal picked up the slack with a couple of fine knocks, and a strike rate of close to 150 showed that he was very much the modern T20 star, capable of taking on the bowlers from the very start of an innings.

Bishnoi first made headlines for all the wrong reasons, as he was one of five players punished for the disgraceful on-field scenes after India lost the Under-19 World Cup final to Bangladesh in 2020. It obscured what had been a wonderful competition for him till then, but even the indiscipline didn’t prevent him from being named in the ICC’s Team of the Tournament. Fresh from that, Bishnoi made his mark in the Indian T20 League, taking 12 wickets in his first season. Leg-spin is the hardest of the cricket arts to master, but his control was impressive, especially in a Punjab side struggling to match the big boys. He took 12 more wickets in 2021 at a much better economy rate, but what fantasy team owners will want from him going forward is more wickets. Anil Kumble, the head coach for the Punjab team, could pass on some tips in that regard.

If you’re already well aware of these young talents and you feel that cricket match prediction is your strength, it’s time you download the fantasy app (Howzat) and play the fantasy game, which has captured the imagination of a new generation of Indian fans. You can start out with practice matches before challenging cricket experts and even some of the game’s legendary names to win big cash prizes. Watching cricket was once a passive experience. Now with games like Howzat to keep every ball interesting, it’s another experience altogether.